Develop The Key Strengths In Your Life and Business To Make 2022 Your Best Chapter Ever!​

LCA’s core philosophy can be summarized in the pursuit of knowledge to level up one’s life and business.

With this in mind, we’ve created LCA Chapter 2022. An annual event hosting some of the greatest authors of our time. Our aim, to provide exactly what you need to make your next chapter, the best one!

Set the foundations to rocket into the new year, learn and apply countless golden nuggets. Leverage the knowledge from our all-star line-up.

While nothing beats the hum and buzz of an in person event, ensuring your physical health and safety is paramount to a successful event. This event will be completely virtual, from the comfort and place of your choosing.

There are few greater resources to the pursuit of knowledge than peering into the minds and books of great authors. LCA Chapter 2022 has an all-star line-up of best selling authors, with the knowledge to help you succeed!

While not in person, this event will have all the energy and quality of each live event LCA puts on. Hear advice from brilliant minds, just for you! 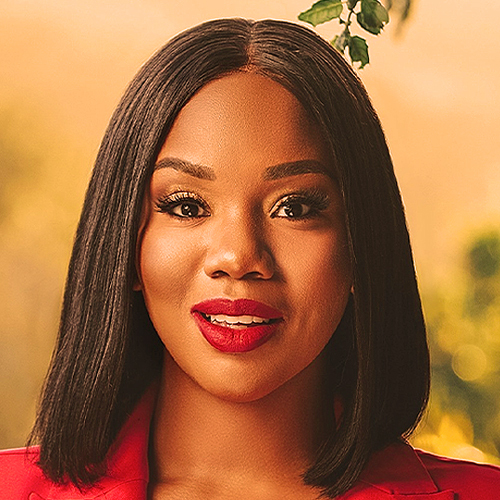 Sarah Jakes Roberts is redefining what it means to be a modern woman of faith. Her messages spread throughout the world defying cultural, religious, gender, and socio-economic boundaries. Whether through her bestselling books or viral messages, it only takes a few minutes of connecting with her to understand why she becomes an instant favorite. Sarah has a unique way of reaching people who are seeking to make peace with their past, maximize their present, and deepen their relationship with God.
Alongside her husband, Touré Roberts, she co-pastors The Potter's House at One LA and The Potter's House Denver. With her down to earth personality, contemporary style, and revelatory messages there's no question why she is an emerging thought leader for this generation, yet her growing influence came by surprise.
"If you would have told me five years ago that I would be in full time ministry, I would have asked if you were talking to the right person." Sarah said.
At twenty-three years old she was tempted to allow her journey as a woman battling insecurities, teen pregnancy stigma, low self-esteem, toxic relationships, and depression to define the rest of her life. It wasn't until she was in her darkest moment that she realized she only had two options: settle or evolve. Sarah dared to harness the wisdom of her past wounds and apply them to the hope for her future.
The process of transforming from the insecure and fearful young girl that she was into the powerhouse wife, mother, businesswoman, and leader that she is took dedication, discipline, resources, and spiritual growth. Her passion is to utilize her experiences, insight, and influence to help every soul she encounters to evolve into the best version of themselves.
In 2017, Sarah launched Woman Evolve a ministry that focuses on incubating every woman to her fullness. Since its conception Woman Evolve has been successful at reaching and guiding thousands of women to awaken healing, wholeness, and love for themselves and others. To learn more about ways that you can get involved with the Woman Evolve movement click here.

Sarah has received many honors, including recently being celebrated as a National Overcomer by Pat and Emmitt Smith Charities in partnership with Good Morning America co-host, Robin Roberts. Sarah has also been featured in numerous media outlets including The Today Show, Dr. Phil, Essence, The Associated Press, and The 700 Club. A naturally gifted scholar, Sarah graduated high school in the top ten percent of her class and in the nation at the age of sixteen and attended Texas Christian University, where she studied journalism.

Of all her accomplishments Sarah is most proud of the life she and her husband, Touré, have built together. Together they have six beautiful children and split their time between Los Angeles, CA and Denver, CO. 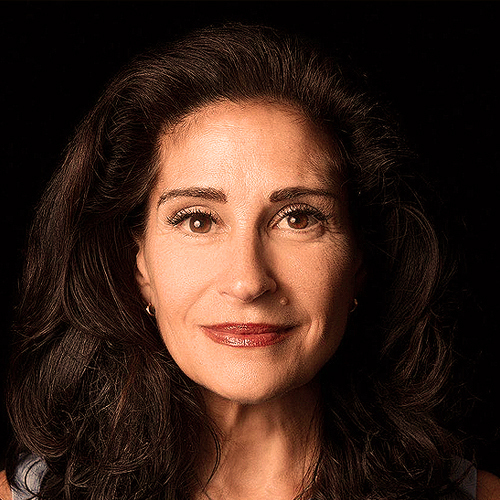 Author, The Lost Art of Connecting

Author, The Lost Art of Connecting

Susan McPherson is a serial connector, angel investor, and corporate responsibility expert. She is the founder and CEO of McPherson Strategies, a communications consultancy focused on the intersection of brands and social impact. She is the author of The Lost Art of Connecting: The Gather, Ask, Do Method for Building Meaningful Relationships (McGraw-Hill). Susan has 25+ years of experience in marketing, public relations, and sustainability communications, speaking regularly at industry events including Massachusetts Conference for Women, BSR, DLD, Worth Women and Techonomy, and contributing to the Harvard Business Review, Fast Company, and Forbes. She has appeared on NPR, CNN, USA Today, The New Yorker, New York Magazine and the Los Angeles Times.

Susan is the recipient of Forbes magazine’s 50 over 50—Impact 2021 award and Worth Media’s Worthy100 award. She has also won numerous accolades for her voice on social media platforms from Fortune Magazine, Fast Company and Elle Magazine. Currently, Susan invests in and advises women-led start-ups, including: iFundWomen,Inc., Messy.fm, Our Place, The Riveter, Park Place Payments, Hint Water, Apolitical, Arlo Skye, Giapenta and The Muse. She serves on the boards of USA for UNHCR, The 19th News, and serves on the advisory boards of The List and Alltruists. Additionally, she is a member of the MIT Solve Women and Technology Leadership Group and serves as an adviser to several nonprofits, including JUST Capital, Girls Who Code, She’s The First, and The OpEd Project. Susan is a Vital Voices global corporate ambassador. She resides in Brooklyn. 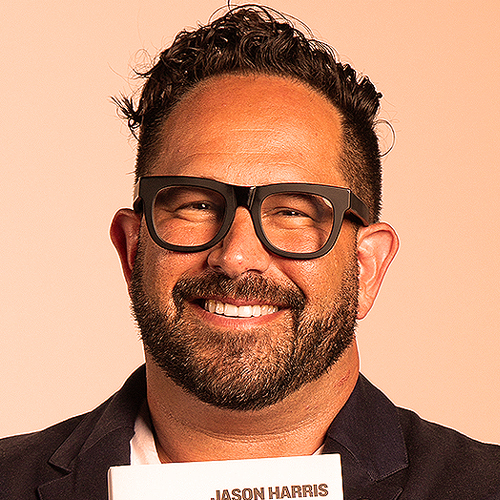 Author, The Soulful Art of Persuasion

Author, The Soulful Art of Persuasion 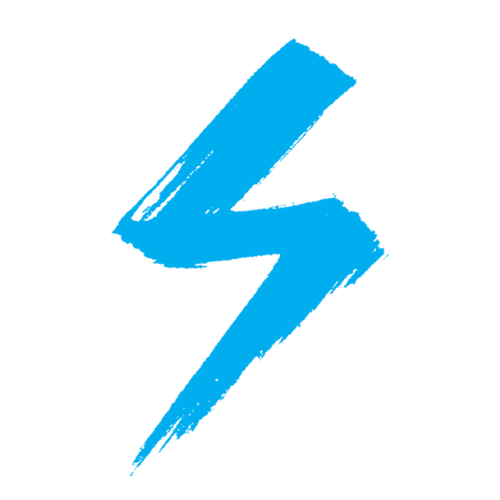 Jason Harris is the co-founder & CEO of the award-winning creative advertising agency Mekanism, co-founder of the Creative Alliance and author of the national bestseller, The Soulful Art of Persuasion. Harris works closely with brands through a blend of creativity and performance. We call this approach Soul + Science. Iconic brands include Peloton, Ben & Jerry’s, Jose Cuervo, Alaska Airlines, Charles Schwab and OkCupid, among others.

Under his leadership, Mekanism was ranked by the Effie Index as a top 10 Most Effective Independent Agency in the United States. Mekanism has also been named to Ad Age's Agency A-list and twice to their Best Places to Work. Harris has been named in the Top 10 Most Influential Social Impact Leaders, the 4A's list of "100 People Who Make Advertising Great”, and most recently was named a Campaign US 40 Over 40 honoree for his noteworthy contributions to the advertising & marketing industry. His methods are studied in cases at Harvard Business School. 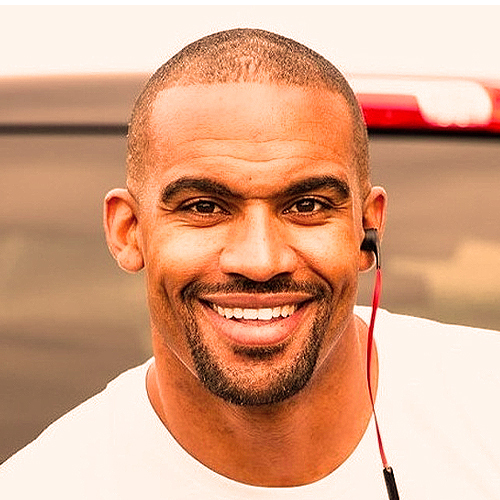 I am a former NFL player turned transformational identity shift coach. You may not understand what that means at the moment, but I assure you that as you read my story you’ll not only come to comprehend it, you’ll also realize why a transformational shift is what your life is missing to reach your full potential. 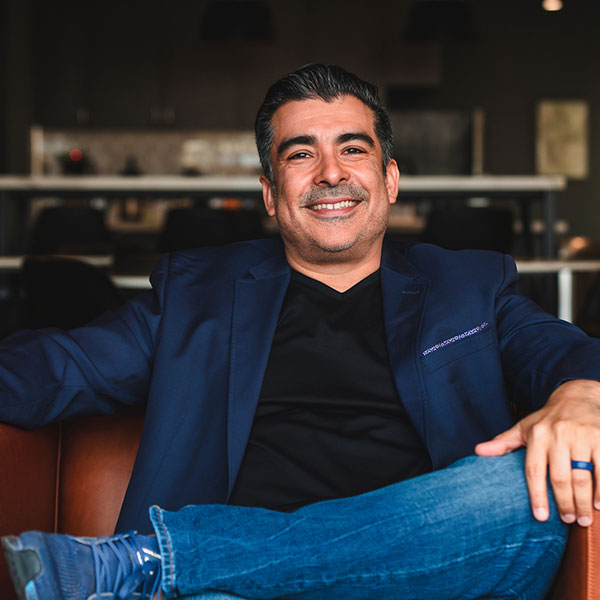 Tristan Ahumada has been in real estate since 2004 and focuses primarily on building relationships with clients and focuses in Luxury Real Estate. Tristan Ahumada still practices Real Estate in Los Angeles County and Ventura County. He works the Malibu, Beverly Hills, Santa Monica, Calabasas and Westlake Village areas. Tristan Ahumada teaches and speaks throughout the year at different events, to small groups and larger groups of up to 20,000 people.

Tristan teaches how to have a higher lead conversion through long-term follow-up and building deep relationships with clients. Tristan Ahumada has been married almost 2 decades and has two children, lives in Southern California and loves to spend time with his family. He is the creator and co-founder of the largest closed face book Real Estate group in the United States called Lab Coat Agents. His favorite charity is a charity to help stop bullying, primarily cyber-bullying. 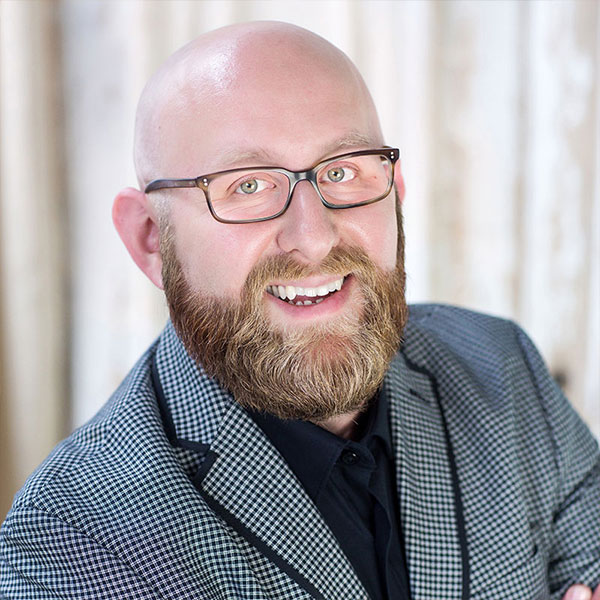 Nick Baldwin has been in the residential real estate business for the past decade. He started out on his mother’s team where they sold an average of $50,000,000 and 100+ homes a year. Nick has now branched off to begin his new team, Nick Baldwin & Associates, with his wife, Anne. They run a team of five agents out of Keller Williams NJ Metro Group in Montclair, NJ and are already one of the top teams in the KW NY Tri-State. Over the course, of Nick’s 10-year career he has personally sold over approximately 400 homes. Nick is also the co-founder of the largest real estate community on Facebook, called “Lab Coat Agents,” which is fast approaching 70,000 members. 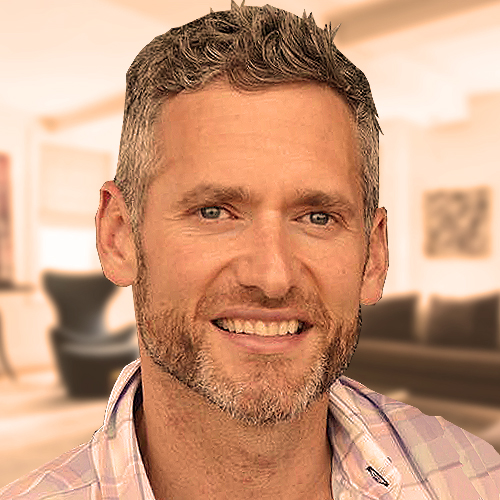 A passionate storyteller by nature who measures his success by helping people reach their potential, Steve Pacinelli is Chief Marketing Officer at BombBomb and coauthor of Rehumanize Your Business. Prior to joining BombBomb, he was a customer and advocate of personal video for its benefits to his sales teams as Sales Manager, Vice President of Events, and National Speaker for Realtor.com. Steve’s presented to more than 1,000 audiences on topics like online marketing, video communication, consumer psychology, and lead conversion. He resides in Downingtown, PA with his wife, twin boys, and daughter.

PRICING PLANS Get your Ticket

REACH US Get Direction to the Event Hall

Venue
Time
How to get there
Venue

How to get there

HURRY UP! Book your Seat